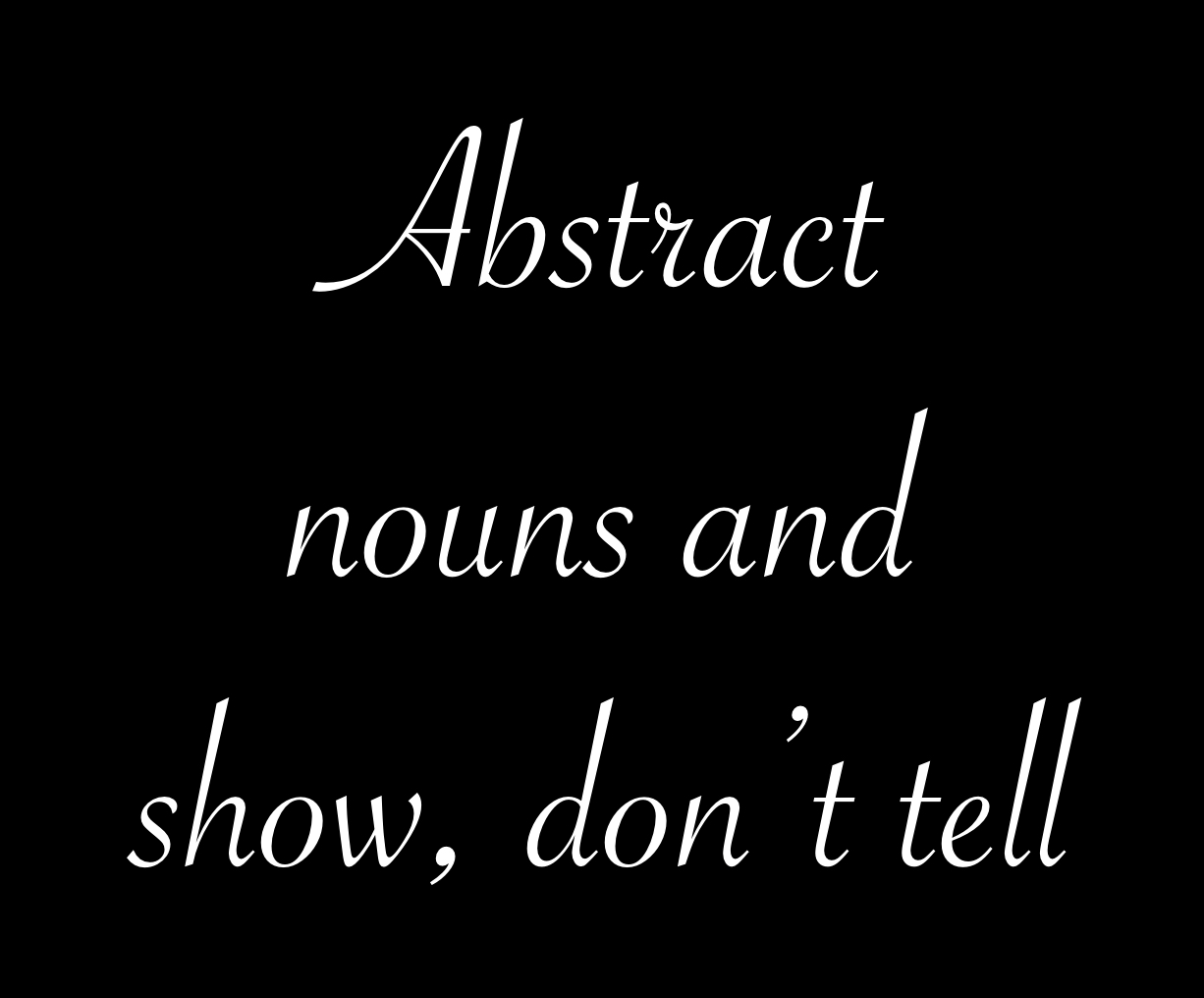 The trick to making sure that your creative piece is meaningful and impactful is to make sure that it is about something that matters, and while every story needs a plot it is not the actions of your characters that achieve this, it is the ideas that these actions represent, and ideas are abstract nouns.

The simplest way to define an abstract noun is to say that it is the name of something that you cannot touch, cut, weigh or measure. Every emotion is an abstract noun, so are human values such as equality or legal concepts such as justice. The list goes on and on.

As an example of their importance abstract nouns can be found in the meaning behind pretty much every children’s story. The boy who cried wolf is about honesty and trust, and the consequences of abusing these things. The three little pigs is filled with activity, there is lots of building, but the story is not about the relative merits of different building materials, it is about the laziness of the pig who built out of straw and the generosity and compassion of the pig who provided shelter in the house he built out of bricks. Put simply, the abstract noun is the deeper meaning conveyed in your writing.

Before you begin your piece you must have decided on the underlying message you want to convey, then you have to make sure that you show rather than tell the reader the meaning. The trick is to never use your chosen abstract noun or any of its synonyms, by doing this you will essentially trap yourself into finding other ways to express the meaning, forcing yourself to use similes, metaphors, dialogue and all of the other elements of creative writing.

This is a piece of my own writing that I think exemplifies my point.

A seed cast on stony ground

He was the first to reach for me; I took his hand and soared towards peaks so high that I never would have believed existed. I expected my own space at the top, next to him, but he was determined to keep the peak for himself.  With a swipe of the back of his hand he started an avalanche that cut me, broke me, smothered me, crushed me.

On the train people would try not to stare, but I knew they knew. From beneath rock bottom I could hear them saying to each other, “What an arsehole”, “She doesn’t have to put up with this”, “She needs help”. They would nod to each other, grimace and get on with their own lives.

From beneath rock bottom I was dimly aware of the seasons. I heard children playing in the sun and I saw the blue sky, but I wore long sleeves all year round, and hid behind dark glasses, even when there weren’t any bruises.

At length I realised the avalanche had torn my hand from his grip, and beneath rock bottom I began to put down roots, gathering the earth around me. Breaking through I didn’t soar, but I grew, stretching slowly, ever so slowly, in all directions, but mostly up and up. One day I’ll reach higher than the peak he denied me, and holding the gentle hand of my child we will share the view. Buy OEM software cheap

The idea I was going for was strength/resilience. The damage that comes from the avalanche, a metaphor for the domestic violence she suffered, expressed in terms of increasingly severe injury from ‘cut’ to ‘crushed’ is followed by her hiding bruises behind sunglasses. However, the story ends literally with growth, with her ‘breaking through’ the rock and the repetition of ‘up’ indicating her willingness to rebuild. Overall, I think I’ve managed to convey the ideas I had intended, and this is one of the criteria you can use to determine whether or not YOU like your own piece.

Of course, the reader may not recognise the exact abstract noun you were going for, which is perfectly fine. It is possible to see ‘hope’ as the point of my story, but being hopeful in the midst of terrible suffering and then acting upon that hope to improve your life is a form of strength/resilience, so it is close enough. But if my plan for this piece was to explore ‘honesty’ then I have failed completely because the story doesn’t deal with it at all.

Essentially, the goal is to write something that matters otherwise your piece is just a string of events devoid of significance, and so that you can evaluate the success of your own writing it is best to decide on this meaning before you start writing.

Back to: Blog Posts

of the Australian Tutoring Association